Council on Accreditation for Two-Year Colleges

The Council on Accreditation for Two-Years Colleges (CATYC) is a 19-state organization with potentially 450 community college members focused on two-year education and accreditation standards, practices and policies.

In 1937 the Council of North Central Two Year Colleges (CNCTYC) was born. A group of junior college administrators, under the leadership of Ross Holt, Dean of Lyon Township Junior College in LaGrange, Illinois, discussed possibilities of forming an organization that would convene meetings for the purpose of considering problems and issues concerning junior colleges.

In 1938, while the North Central Association was meeting in Chicago at the Palmer House, a group of junior college leaders met at the Stevens Hotel. Ross Holt, Fred Marsten, William Conley, W.B. Spellman, A.G. Dodd, P.M. Larson, J.R. Sala, N.A. Ford and W.C. Eells were present. The group organized, with J.R. Sala as president and A.G. Dodd as secretary. For several years the group held dinner meetings at the annual North Central Association convention. It was not until 1945 that they formalized the session and adopted a name: The Council of North Central Junior Colleges. Originally the group met once a year at the spring North Central meetings in Chicago. In 1945 CNCTYC began the tradition of sponsoring an annual Fall Conference.

In 1961 at the Fall Conference in Joplin, Missouri, the president of the council directed that a committee develop a bulletin of information which would incorporate a history of the council and a summary of conference activities. The committee was composed of Fred Cinotto, chairman, Horace Wubben, Jacob Johnson, and Homer Ledbetter.

At a meeting of the Council Executive Committee during the 1968 Fall Conference in St. Louis, President Bruce Carter appointed a committee to bring the bulletin up-to-date so that new colleges seeking membership in the council might have a complete resume of the council s history and activities. The committee, composed of James McKinstry, chairman, Charles Chapman, and Reuben Meland, collected and assembled summaries of the activities of the previous eight years. The 1973 edition derived from this committee.

The council meets twice each year. In the fall, the council meets by invitation in one of the 19 states of the North Central region. The spring meeting of the council has, historically, been held in conjunction with the annual meeting of the North Central Association/Commission on Institutions of Higher Education. Since 1987 a summer academy has been held on a topic of pertinent interest to two year institutions. During the 1980's and early 1990's separate summer Academies were held for Deans of Instruction and Deans of Student Services on improving the roles of the deans at their various institutions. During the last five years an annual summer academy has been held on improving assessment programs at two year institutions.

“CATYC brings value to my college by providing an opportunity to network with other colleges in the Higher Learning Commission region. The exchange of ideas is powerful and the unified voice provides strong input to the accreditation conversation.”

Find out how you can make a difference!

“The Council on Accreditation for Two Year Colleges (CATYC) benefits our southeast Kansas community college in various ways. It is an organization which provides both national access to decision makers in Washington DC and the Higher Learning Commission (HLC) in Chicago, and local access to leadership from many other community colleges. We participate in CATYC because accreditation is important to us. CATYC helps us satisfy HLC’s expectations and provides a conduit to HLC leadership when we have concerns. Members provide valuable experience and have the desire to support one another. We believe CATYC is as important today as ever before and, thus, we choose to be an active member of CATYC.” 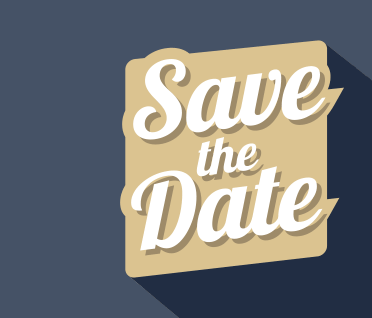 Innovation in the Heartland