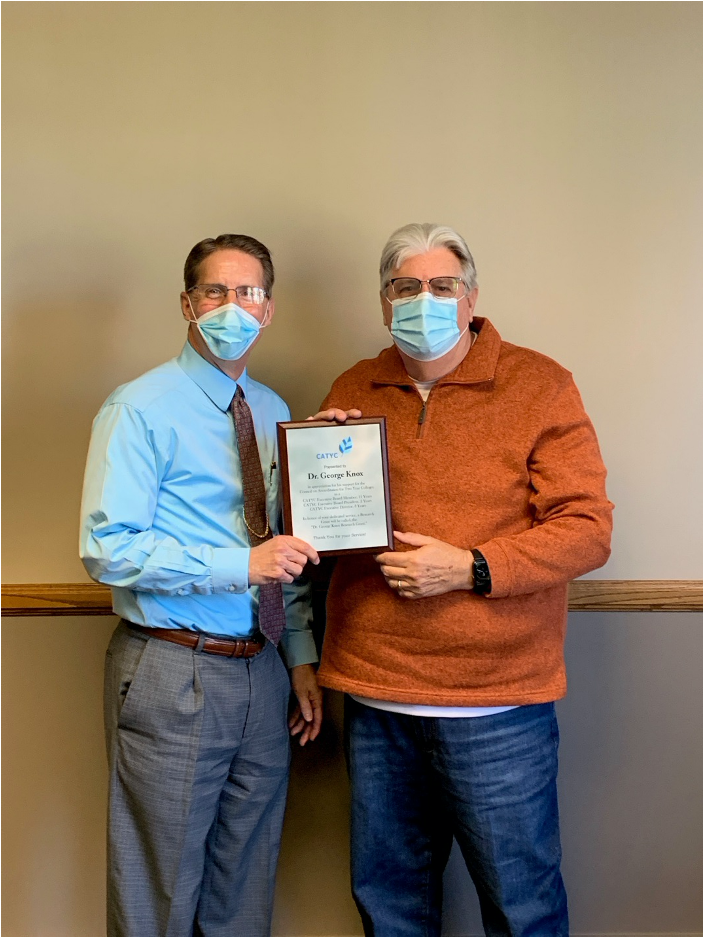 Today, the Council on Accreditation for Two Year Colleges (CATYC) announces the retirement of its Executive Director, Dr. George Knox. George began his work as a CATYC board member in 2001 while President at Cloud County Community College located in Concordia, Kansas. Upon transitioning to President of Labette Community College in Parsons, Kansas, George continued to support CATYC as both board member and two years as the Executive Board President. George again transitioned to provide Presidential leadership at Independence Community College in Independence, Kansas for two years. In 2012, George shifted his CATYC work to serve as the Executive Director and continued until now as he retires.

George has provided excellent leadership in Kansas, Wisconsin, and North Carolina in many capacities. He began his career as a traffic homicide investigator for the Hollywood Police Department in Florida for 12 years. He used his knowledge and experience to teach criminal law for Asheville-Buncombe Technical Community College in Asheville, NC. As George developed his appreciation of a community college education for students, he moved to Morgantown, NC to become the Department Chair and head of the police academy at Western Piedmont Community College. Another opportunity enabled George to serve as the Dean of Planning and Learning at Moraine Park Technical College in Fond du Lac, WI. George had one more swing back through Murphy, NC to be the Vice President of Academic and Student Affairs before arriving in Kansas.

George and his wife, Carol, look forward to spending more time with his family and sailing.

In honor for George’s dedicated service, a Research Grant will be called, the “George Knox Research Grant.” We thank him for his service!